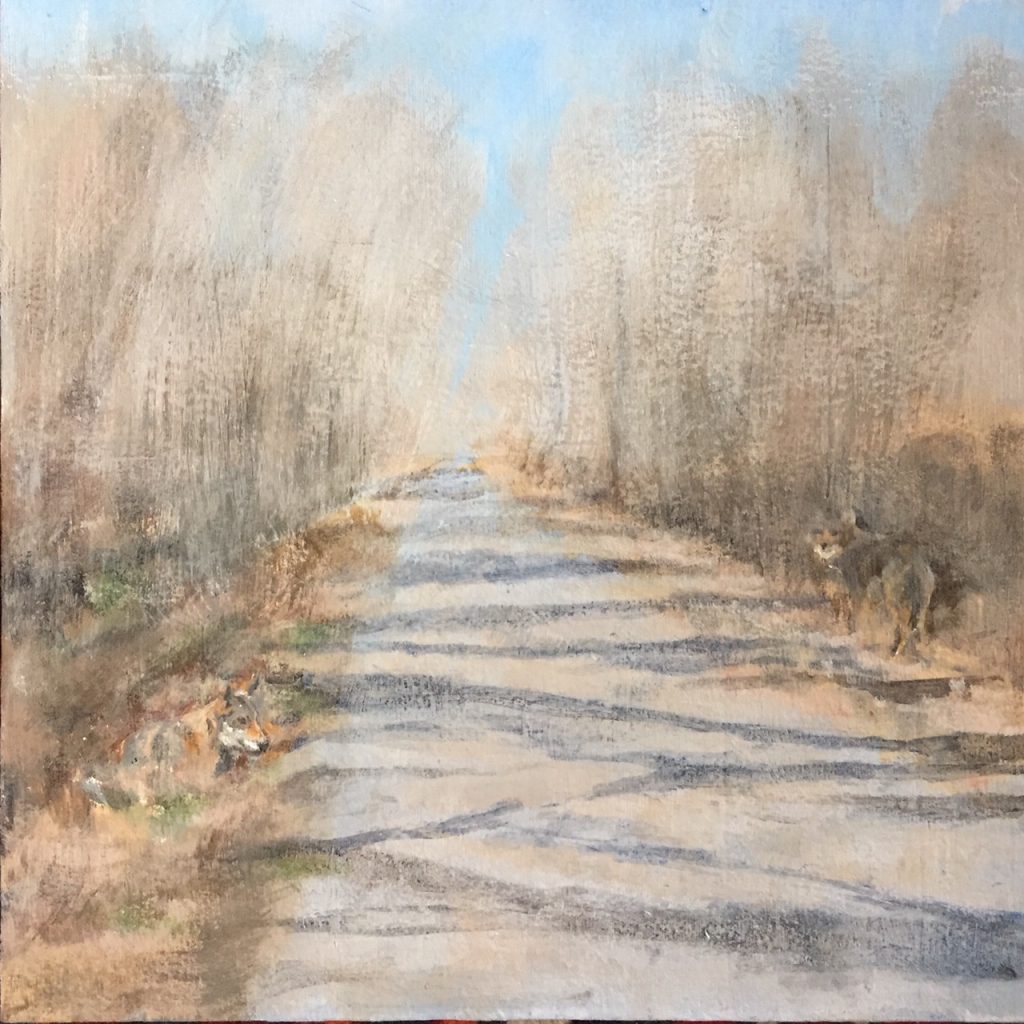 Susan’s paintings have always been about the environment and the creatures within it. From her first solo show, View from the 49th Sideroad in 1997, through her fibre art period with Connections Fibre Artists and the Octarine Women Artists’ Collective (2004 to 2017), to her latest show Equimanity (2020), her aim has always been to paint the environment as she sees it. And there is usually an animal in it. She has fought against threats to the environment, for example with Ken Danby against the proposed N4 mega-dump in the early 90’s (which they won), and with the Concerned Residents’ Coalition against Hidden Quarry (which they have not won yet.)

Now, she is leaving behind her realist style, abstracting from her surroundings only the colours and textures she feels are essential to portray it. And there is often an animal somewhere, sharing her space as it slowly recedes into it.