Made for the Guelph Rotary Dream Home lottery 2011, this piece was selected by curator Joanne Poluch for the prime position over the fireplace.

This quilt was a birthday commission. Henry had worked all his life for Ontario Hydro, and after retirement, had bought and operated a sugar bush. For his first day of work at Hydro, he purchased a handwoven woollen tie at Eatons, for $1.25. He became known for his woollen ties, and never wore any other type. When he was turning 90, his wife, who had cared for the ties all his working life, decided to have them made into a piece of art. Forest of Ties is made up of 1” x 1” squares, all cut from his ties, and was inspired by the maple trees in autumn near where we live. It was lent back to show at Insights Art Show (Elora Arts Council) the following year, where it won the Fibre Art Prize. 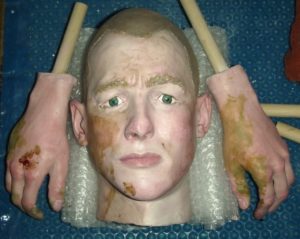 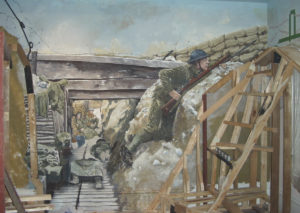 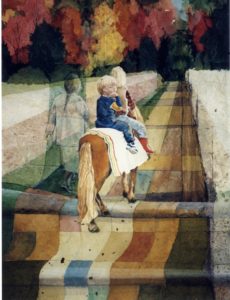 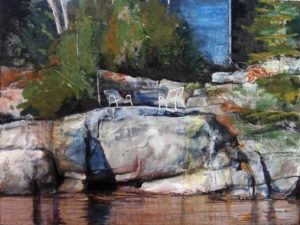